Throughout all of our travels we’ve had the delight of visiting the countryside, lakes, seaside and the city too, but in all of our time on the road there hasn’t been one place where we’ve returned to time, and time again. Budapest has been that place. Out of all of the European cities, this is by far the one that we long to spend the most time in. Personally, if I were to choose anywhere in the world to spend the rest of my life, it would be Budapest. Not only is the weather enjoyable, the people are wonderful, tourism minimal and cleanliness high.

There’s so many things to explore and do in the city, and you really will need more than one trip to cover it all, but below we’ve collated our favourite city must-dos + a handful of hidden gems:

Standing in Pest, look across the Danube and you’ll be struck immediately by the beauty of Buda Castle. With it’s striking prominence in the day time and illuminating facade by night, the castle really is a centre piece for the hidden photographer within you all. Choosing between the old-fashioned funicular or the sloping steps to reach the top, once there you’ll not only be blown away by the views but also by the building itself. Most days you’ll find guard displays happening, and during the summer months markets selling souveniers and things you don’t need…!

Situated near the castle are multiple eateries, cobbled streets and boutique shops. This trip can be made into a whole day or just a morning exploring if desired. 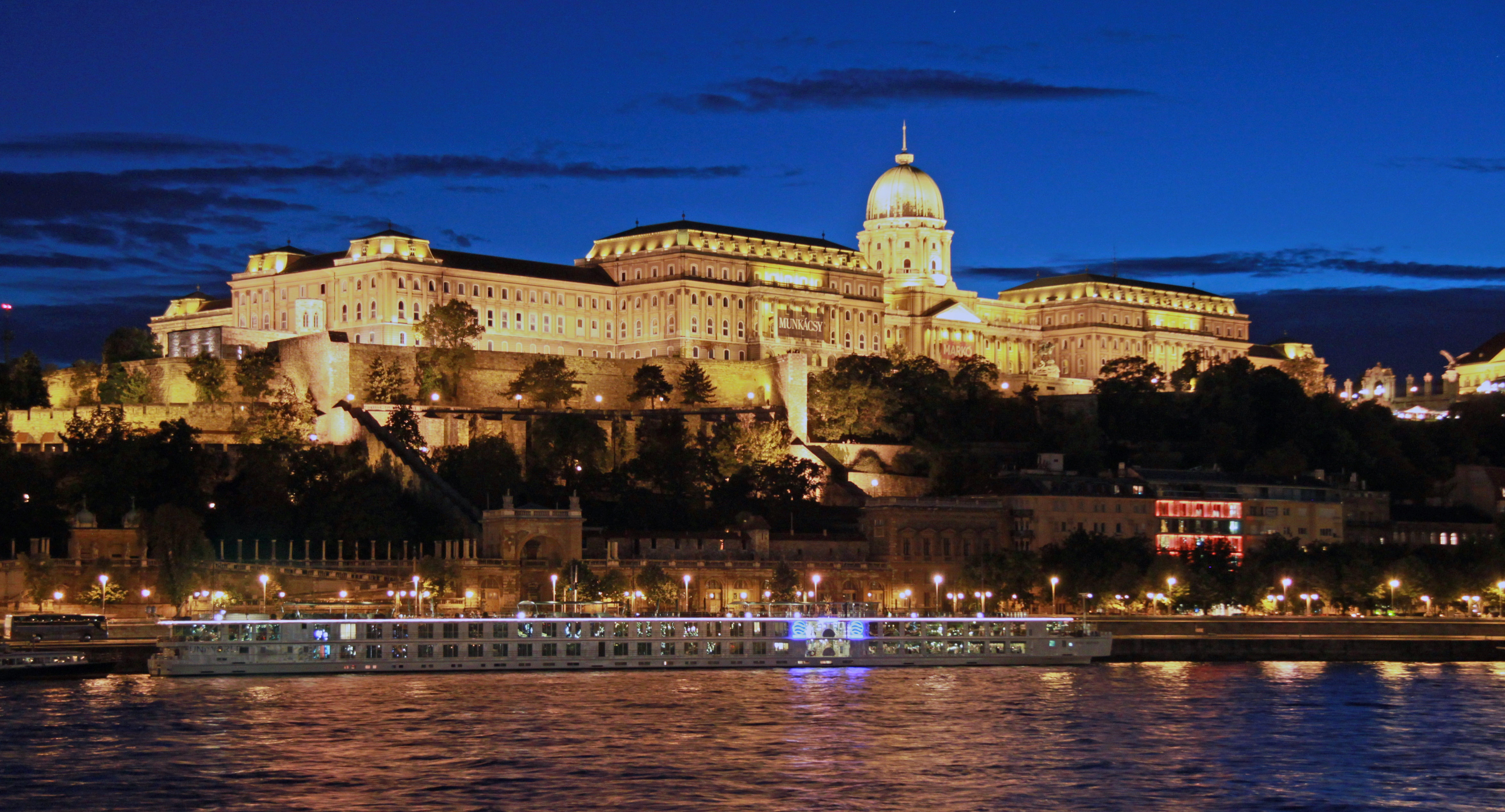 Located in the heart of the city, the Parliament building is a notable landmark and popular tourist destination. Whether you’re into politics or not, the architecture is undeniably breathtaking and certainly worth a visit. The architecture both inside and outside of St Stephen’s Basilica is absolutely breathtaking. A must-see whilst en route to my favourite cake shop…

World renound for it’s traditional hungarian sweet treats, Cafe Gerbaud is always top of our visit list when in the city. Whilst marginally over-priced, it’s all part of the experience. Not to mention the interior of the building which is a whole experience in itself. Don’t forget to try the traditional Opera cake whilst you get the chance! A few years ago I had the pleasure of staying in Hotel Boscolo, an absolutely breathtaking hotel that also happened to house the New Yorker Cafe. Incidentally, I was lucky enough to eat breakfast every morning under the canope of the breathtaking murals and decor, but whether you’re a Boscolo residence or not, this is a must-see if you’re passing by for cake and coffee. Margaret island, situated in the middle of the Danube is a perfect cycling spot for lunch, a dog walk or even a picnic. Only 2.5 km in length, this idyllic landscaped island is perfect for some R&R.

Heroes’ Square (Hősök tere) is the largest square in the city. The impressive monument is a hub of activity during the summer and a perfect opportunity for pictures. The square is located at the end of Andrássy Avenue and next to the vast City Park, Museum of Fine Arts and Kunsthalle (Hall of Art). 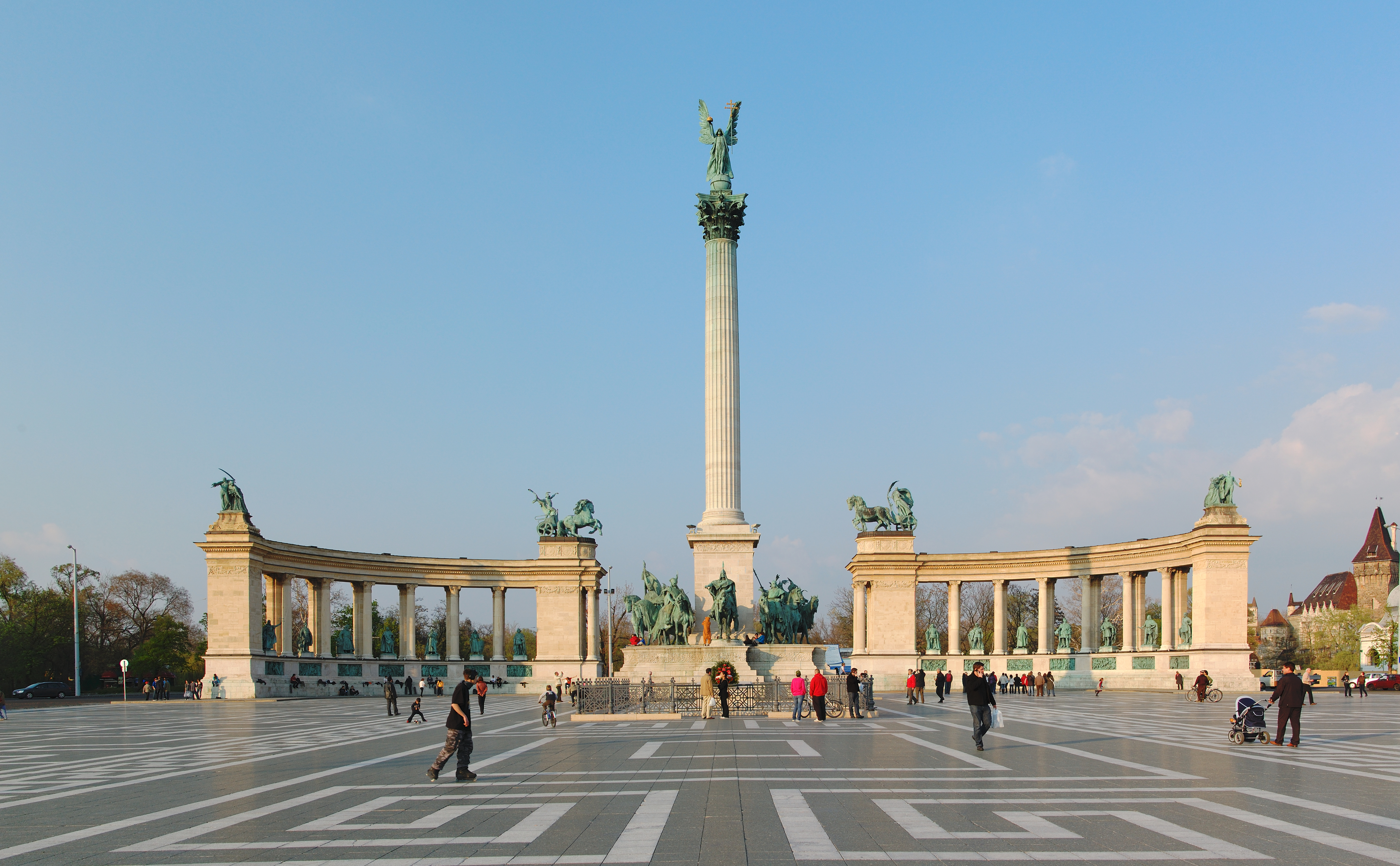 My recommendation for touring the city would be to rent bikes. That way you can get from point a to point b in a matter of minutes rather than hours. The city itself is incredibly flat so don’t feel daunted by a lack of fitness. My favourite place to visit by bike is the city park. Often the home of the summer carnival, activities such as ping pong and trampolining not to mention the beautiful lake. Budapest houses some of the most incredible markets. If you can, make your way to the central market hall where you’ll find an abundance of fruit, veg, meats and lots of sweet treats. In the upper level you’ll find hundreds of souvenirs and traditional gifts to remind you of your trip. Not to mention the incredibly cherries when it’s the right season!

Budapest is known for their traditional baths and spas. Dotted around the city are multiple different bathing destinations where you can swim and lounge around. Traditionally, the baths are known for their ‘healing water’ – thermal water taken from 118 natural thermal springs. Why not try out one of the following whilst in the city:

Széchenyi Baths – One of the most unusual baths purely for it’s immense size. With 15 indoor swimming pools and 3 open air, these baths are perfect when the sun is shining and hoping to spend a whole day relaxing. The atmosphere is pretty surreal, and a must-see even if you aren’t hoping to take a dip.

Gellert Spa and Baths – one of the most famous thermal spa baths in Europe, and one of the leading natural hot spring spa baths in Budapest, Hungary. Gellert thermal pools, swimming pool, wave pool and spa treatments offer a great relaxation and entertainment all year round. 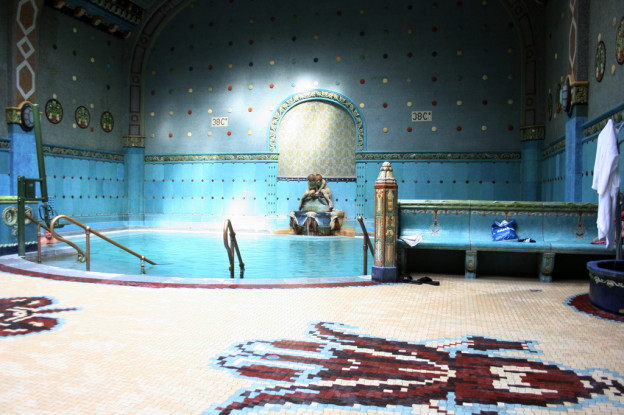 Dotted around the city are multiple vintage stores. Hungarian fashion has a style of it’s own, I’d say a hybrid of Italian and french design, usually very well made and stylish. So you’ll be in luck if you come across one of their second-hand stores.

This hidden hangout is one of the cities oldest ‘pubs’. Whilst by no means traditional in the english sense of the word, this little cocoon of culture is a must-see. With walls abundantly populated with lights, screens, posters, graffiti and random nic-nacs it really comes alive in the nighttime and is a perfect photo op during the day.

Think eclectic, shabby chic, alternative and whacky and that’s what you’ll get. Your eyes won’t be able to stop wondering and I defy you to come out of the pub without making a new friend. 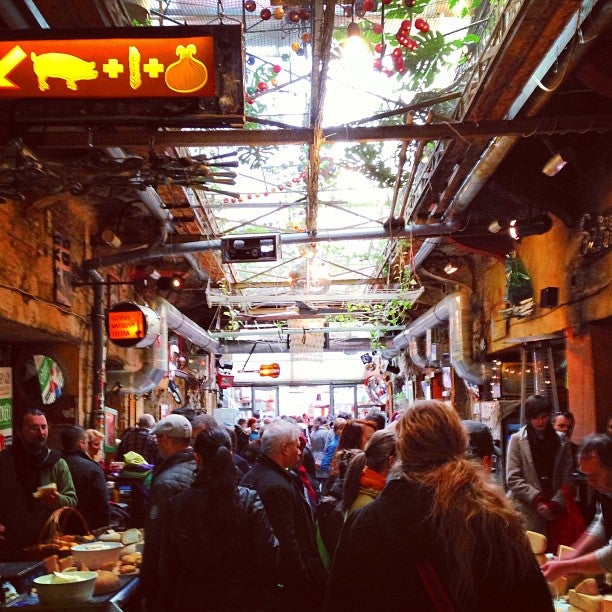